Mumbai had its second Ubuntu Global Jam this year at Vidyalankar Institute of Technology on 9th September, 2012. The event started of with a presentation on FOSS and the benefits of using it, by Suraj and Ankur from the Vidyalankar FOSS Team! Yes, VIT now has a FOSS Team; awesome!

Next up, Siji Sunny from the Mumbai Linux User Group (LUG) gave a presentation on the ARM port of Ubuntu. He talked about the history of the Ubuntu port and shared some tips and tricks on cross-compiling code. 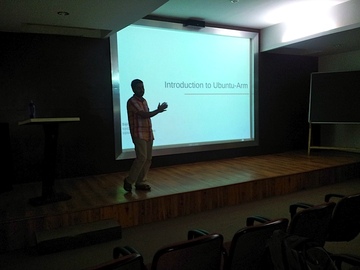 Everyone then moved to the W block classroom, which has a TV with a HDMI input port. Siji connected his Pandaboard ES and showcased Ubuntu 12.04. Sadly, Ubuntu Quantal did not work properly on his pandaboard, so he was unable to show the new beta version. 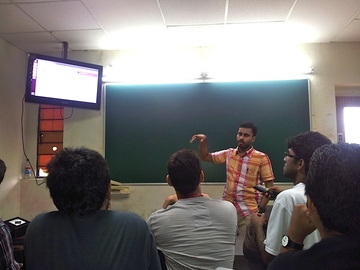 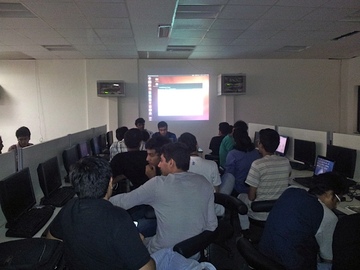 After my (excellent) presentation, everyone felt confident installing Ubuntu Quantal on their laptops and flash-drives! 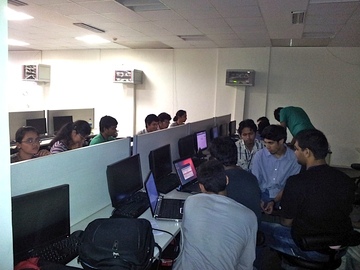 A few people asked me queries related to network card problems. Probably, the problem is due to missing drivers for the network cards. Without information on the model of the network card, it is difficult to diagnose such problems. The solution is manual installation of the drivers.

Hopefully, for the next Jam, we will have a Bug-fixing session as well. *fingers crossed*